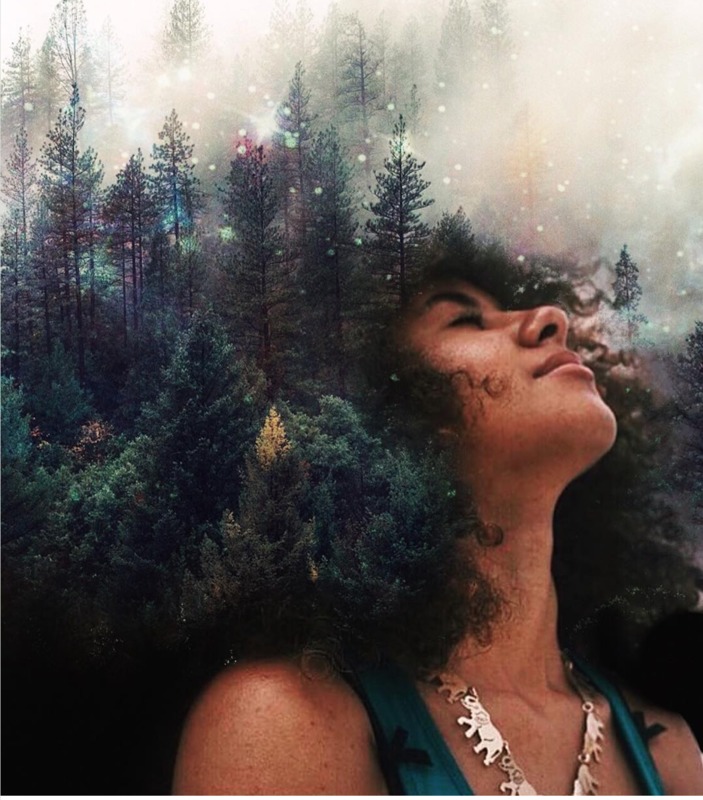 Pierre Jean-Louis, a New York/New Jersey/Philadelphia-based artist, states that he believes Mother Nature is a black woman. In his "Black Girl Magic" collection, he illustrates this by converting black women's natural hair into stunning raw and heavenly images. Jean-Louis started developing these photographs using an app called Enlight to show off these women's uniqueness and beauty. Jean-Louis typically takes photos from various women's Instagram accounts, which inspire him to create his art. He refers to his muses as "beautiful queens" and admires them for embracing their natural coils and curls. "I want the world to know that Mother Nature is actually black, and we wouldn't be here without her. I want every young black queen to remember this." 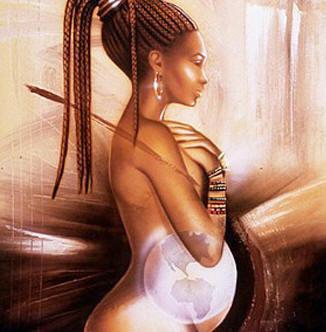 "Mother Earth" is a powerful piece of art by Kevin "WAK" Williams, which portrays a naked pregnant African American woman with a picture of the Earth reflecting her pregnant belly. WAK is a missionary musician, but his journey is not a single voyage. The goal is to take one to a place within his art, in which more African-Americans can embrace, possess, and even produce fine art that celebrates their rich cultural heritage and promising destiny. Williams' original and lithographed artwork hangs from coast to coast. In reality, his series of 50 lithographs – made under the signature "WAK Artistry" – is the nation's most widely distributed series of urban fine arts. Various in their themes, the work is drawn in mixed media by Williams, and then printed as lithographs in various small – and large – edition quantities. 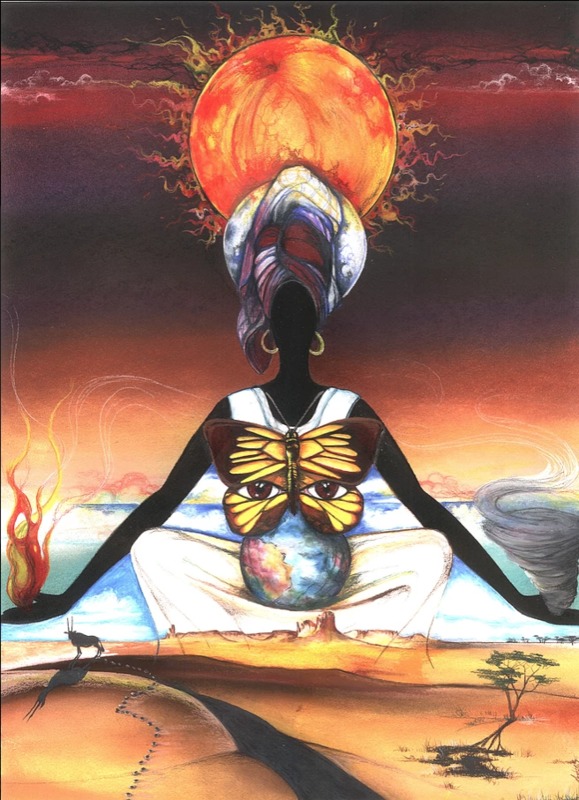 Anthony Burks, a lifelong resident of West Palm Beach, Florida, confirmed that the show's core theme would be natural beauty, with an emphasis on brushing nature with the African American female form. A substantial portion of his work consists of the natural universe. The winged creature famous in Burks' work is the butterfly that the artist sees as the "eyes of Mother Nature." He describes his "Mother Nature" collection as a "combination of nature and our black heritage," and the pieces in this series feature not only a prominent female character enmeshed in the natural universe but archetypal symbols like the sun, the moon, and the forest. Each of his works contains, among other things, a female figure and a butterfly, and the female is just that much more striking as it seems to be portrayed without eyes. "The eyes of the woman are not there," Burks said. "They're in the butterfly."