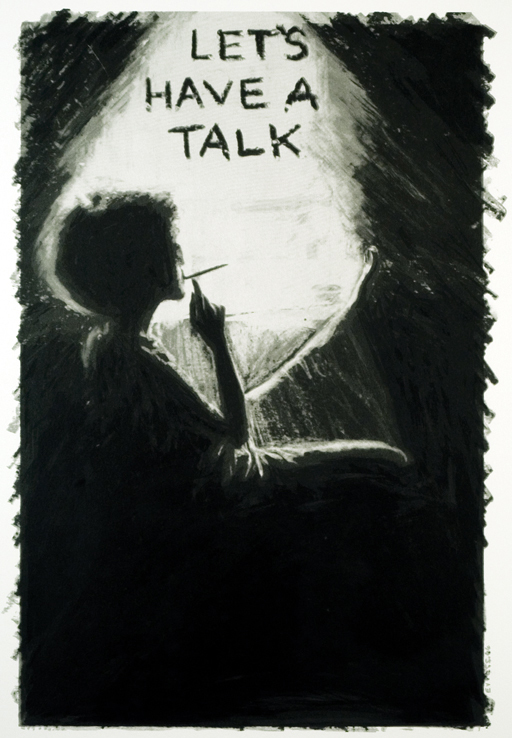 Born in New York in 1948, Adrian Piper is an artist and philosopher who has produced highly influential conceptual art, including collages, installations, performance, and video-based works. Piper’s complex, skillful melding of text and imagery examines gender- and race-based identity and politics, often in poignant and ironic ways. Piper’s work has often engaged the theme of “talking”—including her 1974 autobiography, Talking to Myself—and cast the artist herself as the speaker, as she takes on different, sometimes androgynous personas. The central figure in Let’s Talk is a seated woman with an afro who holds cigarette. She appears as a mere shadow emerging out of the darkness, her hair surrounded by a halo of light. This hazy, almost cinematic print hints at intimate dialogues marked by secrets, and alludes with some foreboding to near-future revelations—perhaps between the artist and an absent other, as is suggested in Weems’ Hush of Our Silence, or perhaps between Piper and herself.