Color is Rationale: Color Photography of the Civil Rights 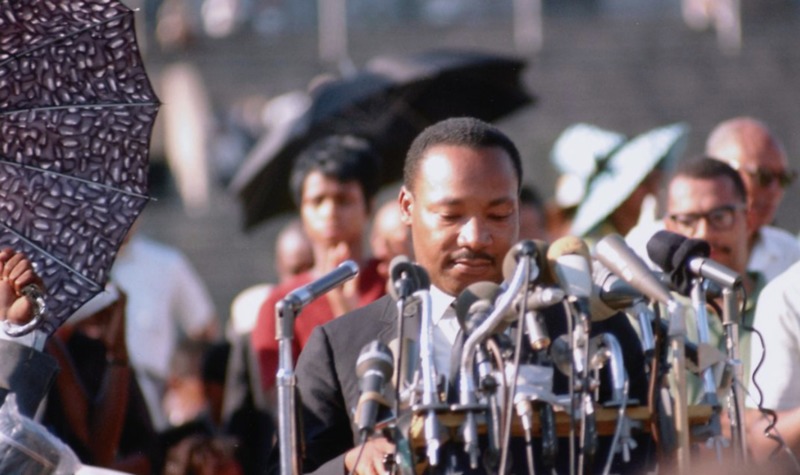 Close your eyes and imagine an image that captures the time period of the Jim Crow Era and the Civil Rights Movement in the United States. What comes to mind? Is it a photograph of A white woman shouting at Black students as they walk to their newly desegregated schools, or do you see a portrait of Macolm X passionately giving a speech? No matter the content of the image you are thinking of right now, it is likely that the image is depicted in Black and White. These phenomena being photographed in Black and White make the time periods of the 1950s and 60s seem so far away, when in reality the memories of these eras are still playing in the minds of individuals living in their late 60s and beyond in vivid color.

While some may argue that the Black and White depiction of this historical time period is purely intentional to skew our viewpoints on these movements, we also must consider that color photography was a fairly new, expensive medium for individuals to access when documenting these events.  Therefore because of the inaccessible nature of color photography, Black and White photographs have been the common representation of these time periods in history books, films, and other mediums pertaining to these eras. This portrayal of events is problematic because Black and White photographs are traditionally associated with earlier time periods like the 1800s, which was a period of enslavement in America. The teachings of these eras back to back with Black and White photographs provides students with a false sense of time causing them to think that times of blatant hate and racism were so long ago, but in reality these times were closer than we think. To better place the era’s of Jim Crow and Civil Rights, this exhibit provides a Color rationale to our history through showcasing the works of color photography by James P. Blair, Benard Klenia, and Gordon Parks.