Gordan Parks: A Glimpse at Everyday Life in Jim Crow (1956)

In this section of our exhibition, I have chosen to showcase photographs taken by self-taught photographer Gordan Parks. Born in 1912 and passing away in 2006, Parks' life alone showcases how the eras of Jim Crow and Civil Rights overlap with the 21st century. 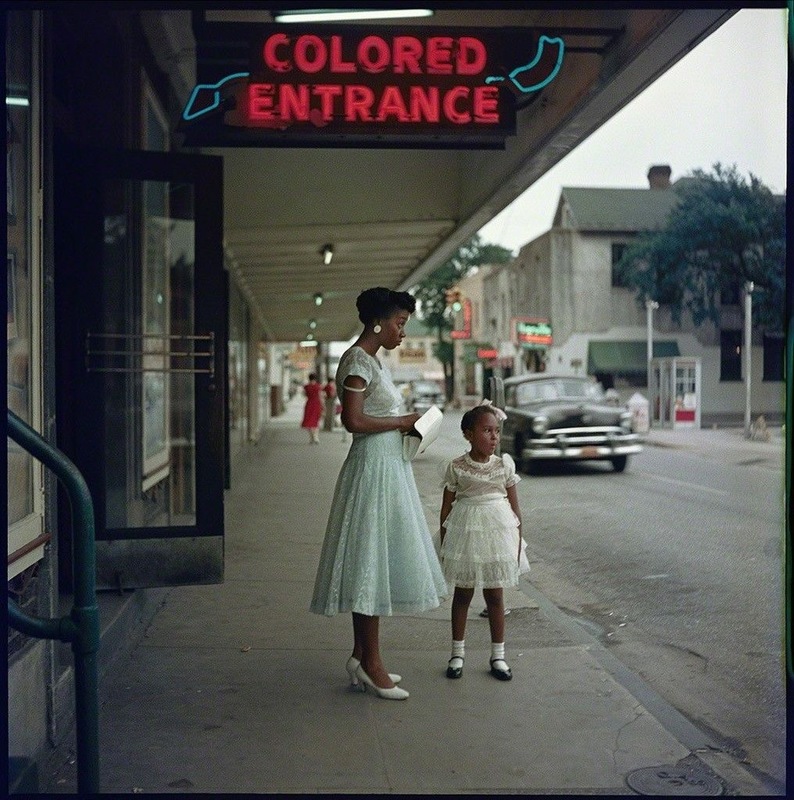 In this photograph, Parks captures a woman and little girl standing underneath the "Colored Entrance" sign of a department store. Looking as though they are waiting to meet someone, these two ladies are dressed in attire most people today would wear to church or a special occasion. Had this photo been in Black & White, we would have noticed the vibrancy of the sign or the hues of the dresses they have on.

Commissioned by Life Magazine in 1956, Parks was tasked to reveal and document segregation in the everyday lives of individuals in small southern cities like Mobile Alabama. These photographs chosen from Parks' "Segregation Series," depict the overt displays of discrimination with capturing signs like "Colored Entrance" at department stores and "White Only" water fountains. 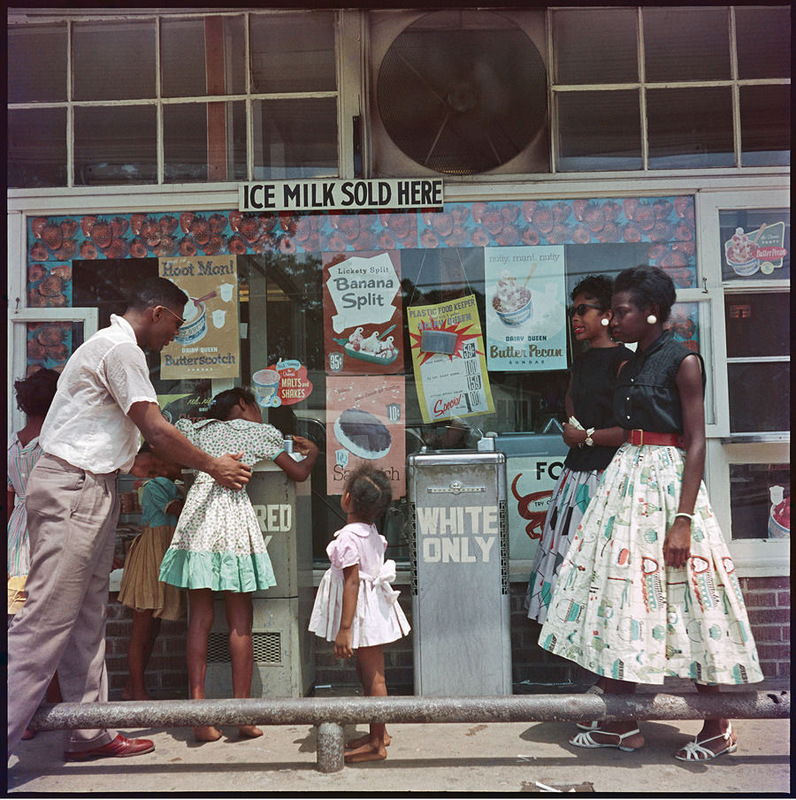 Aside from the discriminatory signage, the Black people depicted in these photographs are a major focus as they are framed in unique places and are dressed in fashionable attire. For me, the people in the photographs cause me to interrogate the mindset of those who supported Jim Crow laws and those who were affected by the practice. It makes me think of the feelings and conversations that are not depicted. How did the parents of the children drinking at the water fountain explain why they could not drink out of whichever water fountain they wanted to? What was the rationale behind separating the entrances to shopping stores? And so on and so forth.

This photograph showcases a group of Black men and women undearth a sign that reads "Colored Waiting Room". While it is unclear what they are waiting for--maybe a Bus, Parks is showcasing these well-dressed Black people and their interactions with overt discrimination.

All in all, these images should cause you to think about how the laws and social norms of Jim Crow appeared in everyday life. Hopefully, these images being in color evoke a different thought pattern about the time period of Jim Crow and raise questions about segregation and how it effected Black people’s everyday lives as maybe some of these people are still living today.