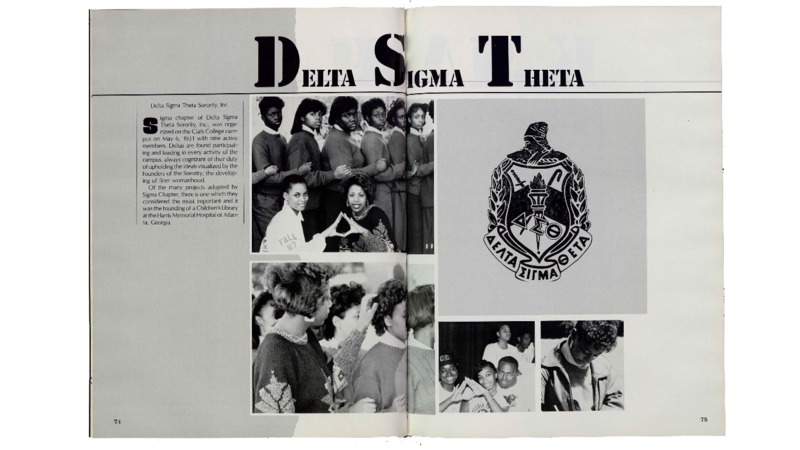 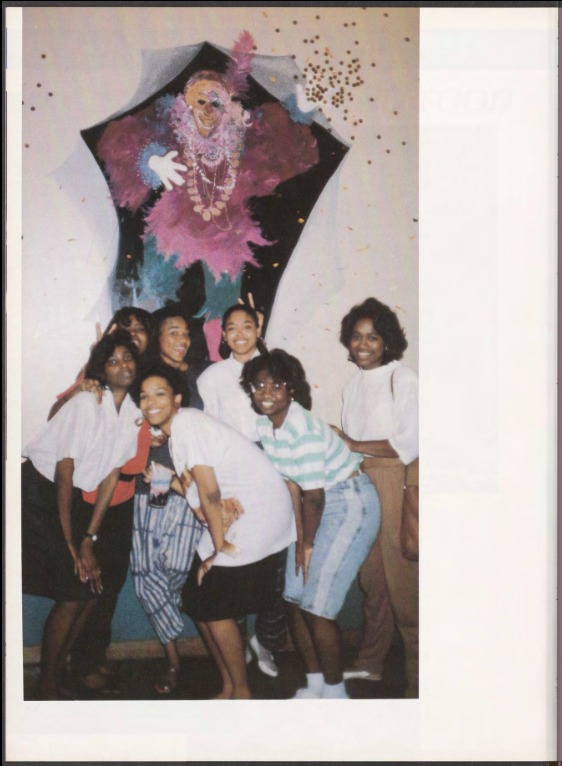 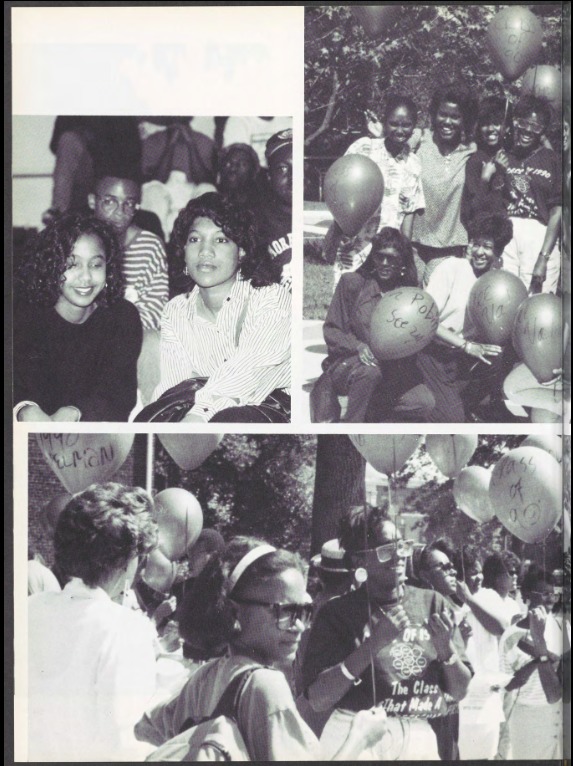 This is the section consisting of pictures from the Spelman College and Clark Atlanta University yearbooks of 1989.  What has been found are a few pictures from certain parties and functions as well as some club and day in the life pictures, similar to the other section of my contemporaries.  What can be particularly said as far as the stunning women of these pictures from their respective colleges and campuses is the way they carry themselves.  They can be seen as women in their purest, carefree form, with free-flowing hair, and secure but whisp like dresses and attires.  But it’d be an absolute mistake to be confused or misled by “daintiness” these women hit hard and hold strong formation and a gaze of absolute strength and priority in some pictures.  Despite the times of these pictures being taken, these ladies expressed themselves more than prescribed gender role sand norms, they enjoyed themselves, such as not just women should, but as people should.  Their infectious smiles and radiation of sun like energy makes me regret that I wasn’t born quite a while earlier just so I could meet them.  Certainly, a blast from the past and quite a look at how far Spelman and Clark women have come respectively and together in asserting their place in society, as well as history.

Throughout this semester and throughout the course of this class, I’ve picked up quite a bit about the curatorial side of the art world.  Including the business aspects, as to how locations and access affect the success of a show as well as the people that come to see it.  The first person that comes to mind in particular, is the wonderful curator Dr. Fleetwood.  A person who’s been in class with me, certainly knows that I favor her work, and how she works with the incarcerated to give their voices a second chance, without passing judgement or encouraging any personal bias from viewers.  Even taking a look at an event that exhibited people within a cage from an indigenous land that interacted with technology from the modern day (televisions, radios, etc.).  Immediately I and my classmates passed judgments on the entire show until one of us mentioned that they could be actors.  Come to find out, the indigenous people were not indigenous at all and hailed from a made-up land and nation.  Such stand-alone things such as that really affected the way I’d consider curating in the future when the time comes.  Paying attention to the information I would and would not give to my audience for the sake of them having the best experience.  I’ve always been behind the canvas, but never paid much attention to the innerworkings of museums.  How discrimination can be found in the smallest of crevices and how improvements can be seen, but not exactly made in great stride, similar to the Melon Report we analyzed in class.  I do have a clear view of my future, and if curating finds its way into it, I’ll be sure to take advantage of it, as a black man and minority in America, but for the sake of opening doors for the more misrepresented and unrepresented that I am.