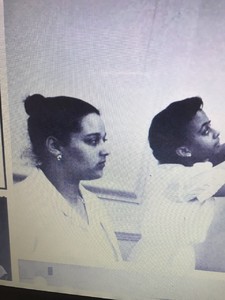 Founders Day is celebrated during the spring semester. It is filled with creating new memories as well as following traditions. In April of 2020, it had to be virtual due to the coronavirus pandemic. Founders Day has a build-up called Spirit week. First, there is convocation, where students traditionally wear white. Followed by sisterhood tea, students get to bond with upperclassmen and graduates. Third, there is a party. Students are genealogy extremely excited because classes are canceled. This image shows Spelman students in their traditional white and pearls. Laying down rief as a form of saying thank you, to the original students and the teacher who believe in them. Although students are begging to want to change the clothing requirements. It is important to celebrate the begging of Spelman’s journey to becoming the number one HBCU. 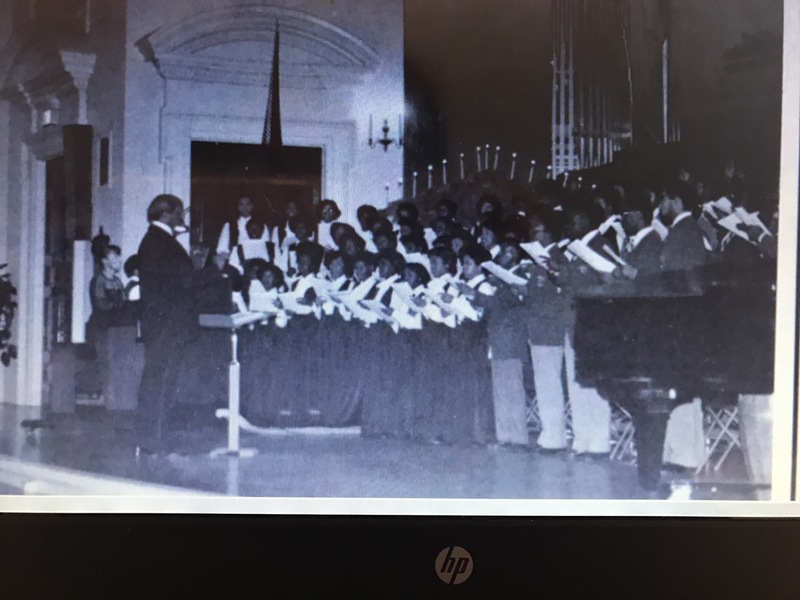 Sisters Chapel is a special place for alumni and students of Spelman. Convocation, services, and Christmas Carol take place there. In the yearbooks, viewers can track the building of Sister’s Chapel, which now represents the soul of the college, sisterhood with girls from around the country, and the world. Since this image has young men in it, it may represent the first joint concert of the Atlanta-Morehouse-Spelman Course. This concert set the tone for excellence which is now expected for all performances.  One of these performances is Christmas Caro Which is not just a major event for Spelman and Morehouse, but the whole city of Atlanta. For many people, it marks the begging of the holiday season. For me, this image is touching because the dresses the girls have on, remind me of the ones I wear while performing. Also another historical figure Dr. Joice Johnson appears to be in the background. 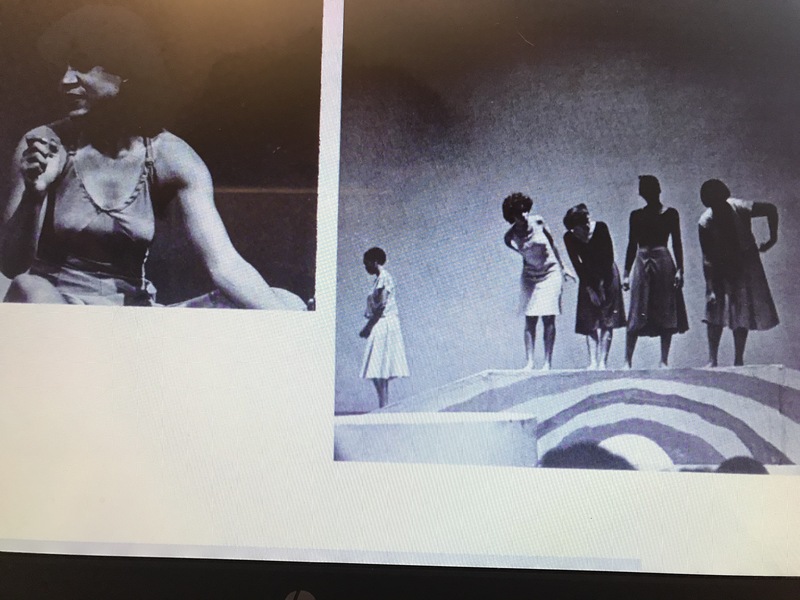 By 1982 Spelman had made several achievements, especially in the arts. The Spelman-Morehouse Course was created and they had their first joint concert. Spelman’s Drama department went on their first tour of Europe. The theme of this yearbook was a reflection since Spelman had been open for one hundred years. They knew that the founders Puckered and Giles would be proud of where the school was going.  This image shows a girl performing the play For Colored Girls Who Have Considered Suicide When The Rainbow Is Not Enough. Just the title of the play is amazing because mental illness is not openly discussed in the African-American community. The play has six main characters each a color of the rainbow. The play is a collection of poems dealing with the excitement of Prom and the devastation of losing a loved one. These images are taken in midsentence and it is easy to see the power in their voices.

The 1980s was a time of change for the African American community. The War on Drugs prompted by president Ronald Region led to the mass incarceration of African American men and the unhelpful rhetoric of js say no. It would later become known as the new Jim Crow. The novel with this title and the documentary called Thirteenth after the amendment that abolished slavery. Both show the shortcomings in America’s justice system. The eighties were also a time when people of the LGBTQ community whee often overlooked during the HIV crisis. Which is reflected in the series called Pose. Although the 1980s was a decade of turmoil for the black community. This is not only seen with the main character’s fear of her diagnosis. It is clear by all of the young men lying in the streets, who have often been kicked out by their linear family. Therefore having to create one for themselves. It also provided a platform for black culture to flourish. For example the rise in the popularity of Rap music and other popo artist including Whitney Huston. Spelman’s yearbook printed in 1982 allows viewers to see the daily lives of students. The popular clothes and fashion. These images truly represent the motto of Spelman College a choice to change the world. These young women serve as inspiration for current and future Spelman Students. When looking at the yearbooks it is easy to see how Spelman transformed into the progressive school it is today.

Shange,Ntozake. For Colored Girls Who ave Considered Suicide When The Rainbow is Enough. Simon and Shuster. 2010.

Spelman College Yearbooks. For Coloed Girls Who Have Considered suicide When The Rainbow is Enof. 1982. Photgraph. Black and Whie. Reflection Yearbook 1982. P.94. file:///C:/Users/DBVI%20Guest/Downloads/OBJ%20Datastream%20(4).pdf