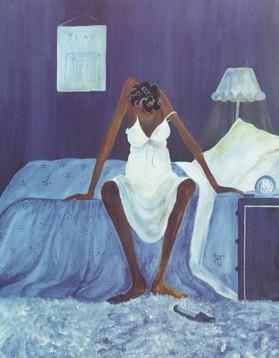 Blue Monday is one of the most popular paintings created by Chicago's Annie Lee during her unique and unprecedented career as a visual artist.

At 40, Lee began painting after losing two husbands to cancer and a son to an automobile accident.

Lee created Blue Monday because she "wondered if anybody else felt as bad as she did."

The faceless figure painted is completely consumed by the blues that surround her. Lee's rendition of self can also serve as a mirror for all who feel blue. But in the context of the other artworks exhibited, represents the past. 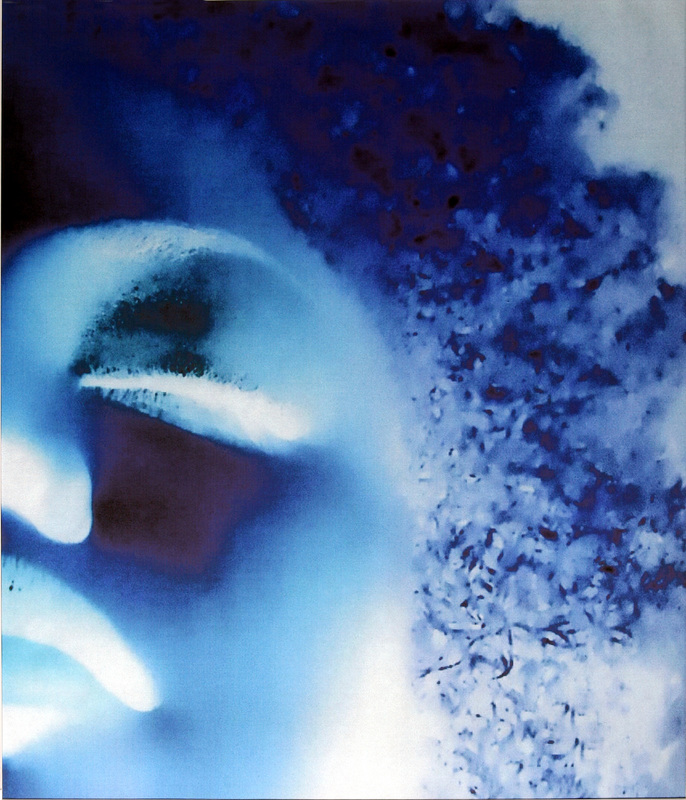 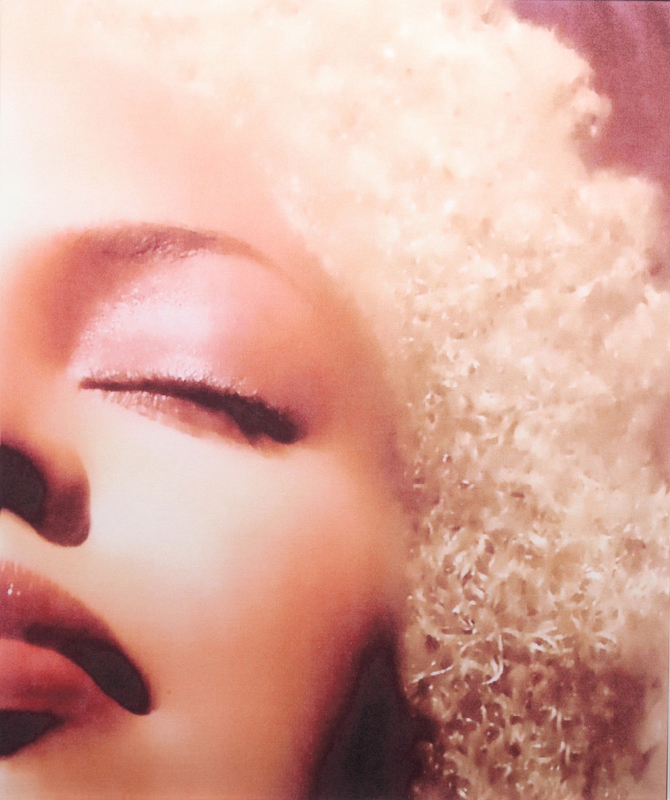 Blue Gold Lady is a diptych, both poignant and regal.

Created by artist, art historian, educator, film critic and curator, Amalia K. Amaki in 2005, this piece of art is an ode to duality and perception.

The piece is comprised of two images that are the same except that one is negative while the other is positive.

When viewed in a negative light it seems that the woman with her eyez closed pointed skyward is asking for deliverance. Inverted and colorful, the image when viewed in a positive light possesses' a divine, golden aura.

In the context of Blue Black Body, this piece represents, how others perceive us versus how we perceive ourselves. In other words, the present. 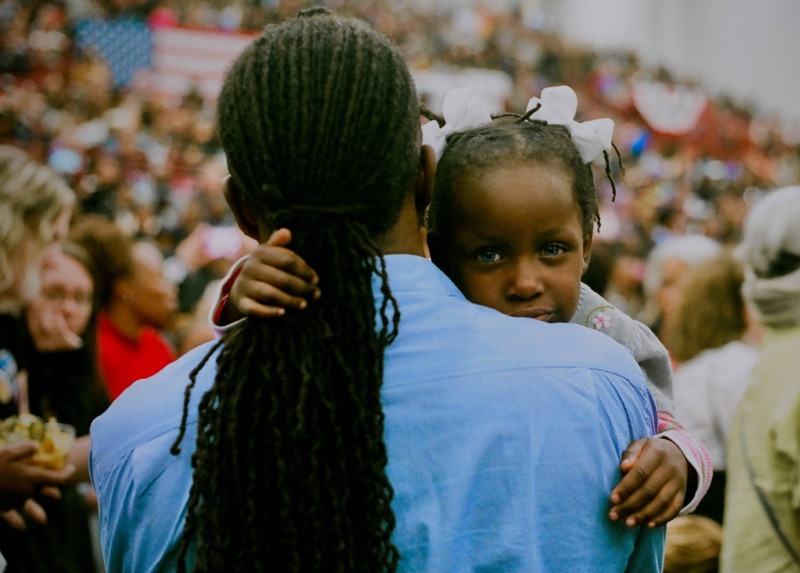 Blue Eyez On The Prize was taken at a Stacey Abrams rally on November 2nd, 2018 in Forbes Arena.

Wading through thick crowds of people known and unknown, mostly gathered to catch a glimpse of President Obama, I locked eyes with a beautiful blue-eyed black girl being held in her father's arms.

Captivated and utterly mesmerized, I instantly had a flashback to a decade earlier when my sister and I first saw President Obama from the comfort of our father's arms. Returning back to reality, I raised my camera to my face and took a picture.

A picture that represents the future. One that you can see, just by looking into her Eyez.